For more than three decades Severo-Zapadnoye UGMS has been carrying out watercourse pollution monitoring in St. Petersburg. For the majority of watercourses in the city river stations of observations are located in estuarial areas (fig.1) where polluting and biogenous substances are accumulated, transported by river waters from the catchment area, and the pollution specifics and indicators for water objects are defined by the character and scope of economic activity.

For hydrochemical analyses the water samples are collected in 18 stations of the Neva River and its inflows. From 1995 to 2004 a part of works on hydrochemical monitoring were carried out by request of the Administration of Saint Petersburg.

Before 2006 the Roshydromet system the classes of water quality were used as the integrated characteristic of he surface water impurity estimated by the "water impurity index" (WII) (Fig. 2). It's calculated is carried out for each point (station) according to the formula: 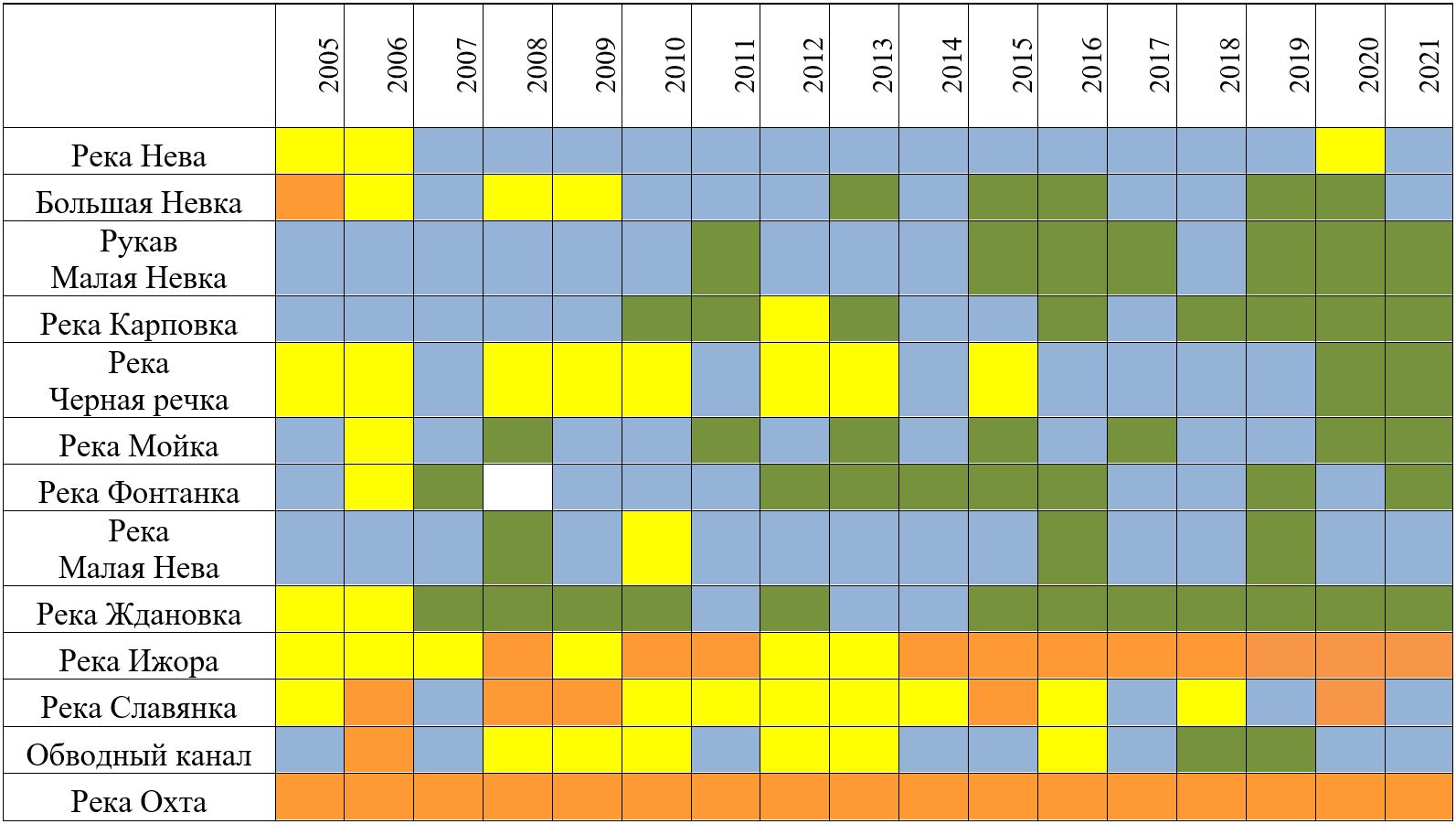 © 2005 — 2022 Committee for Nature Use Environmental Protection and Ecological Safety